Togo is one of the smallest countries in Africa bordered by Ghana to the west and Benin Republic to the east. I have been to both Ghana and Benin Republic multiple times but somehow, visiting Togo never crossed my mind. When I figured this out, I decided to schedule a weekend getaway to Lomé, it’s capital city to see a glimpse of what the country had to offer. I put out the word on Twitter and in no time, I got my travel buddies and we made plans to visit during the Easter break in 2019.

We were booked to leave on the 6:30 bus but my travel buddies encountered some problem locating the ABC bus park at Amuwo Odofin so we joined the 9:40 longer bus instead. The journey took 10 hours and by 19:40 we got to the bus park in Lomé where we practiced our rusty French in a bid to get a cab to our apartment. With the help of our hostess, we ordered Pizza, drank Belgian beer and settled in nicely. 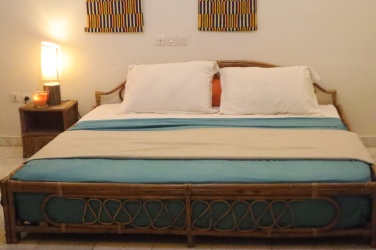 We stayed at Ahome because it was in a central location and they had stellar reviews online. The co-owner, Karen, was a huge help with communicating in French on our behalf throughout the duration of our stay. We were also regaled with poolside stories of how she moved across continents with her partner to sell Belgian beverage and eventually set up Ahome. 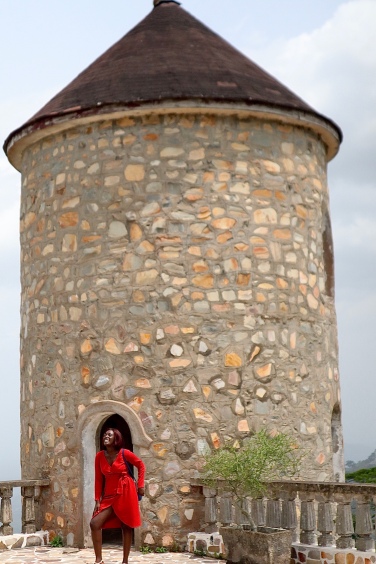 For our first full day, we hired a cab for a road trip to Kpalime with the hopes of seeing the much talked about Chateau Viale and waterfall located there, quad biking to the waterfall was also top of our list. We stopped at the castle first. Chateau Viale is situated atop a mountain with breathtaking views, it was built by a French-German lawyer and later sold to the government. The tour was given entirely in French and when we had difficulties understanding, we dismissed the guide and spent the rest of our time there roaming the castle grounds and running on the steps. 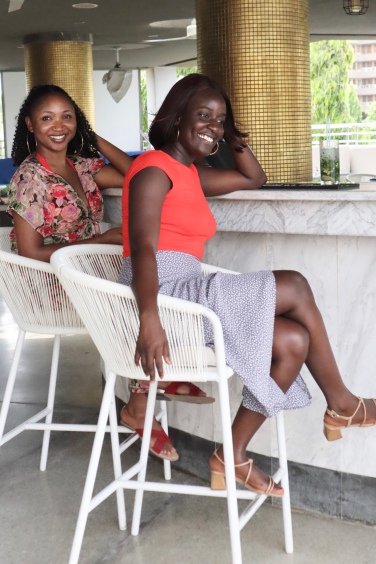 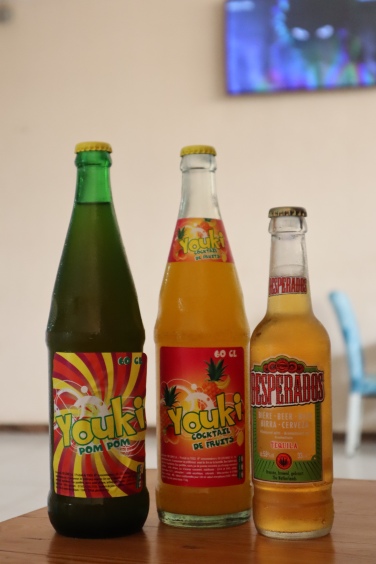 After that, we set out to visit the Cascade de Kpime waterfall but on getting there, we were informed we wouldn’t be able to do the hike to the waterfall because of the Easter holiday. We were bummed but settled for buying keepsakes instead. We got back into Lomé by evening, rested for a while and walked around the city looking for late-night food spots with the aid of Google Maps. We settled for dinner at a roadside restaurant after which we retreated to our apartment to drink Belgian beer and have late-night poolside conversations. 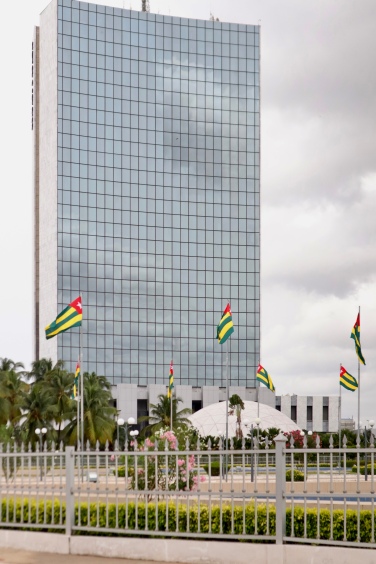 The next day, we set out early to explore the city of Lomé. We started at the local market where we encountered men who very much reminded me of the touts in Yaba market in Lagos. We must’ve sucked on a dozen fan yogo each while haggling for fabrics in the sweltering heat.

Next, we visited the Independence arch, took a couple of photos then headed to Hotel 2 Fevrier. Getting into the hotel was a hassle as the security personnel initially refused us entry on hearing we were Nigerians and was insistent on seeing our international passports while freely granting entry to other guests. After nearly thirty minutes of back and forth, we were finally let into the premises. At this point I was beyond upset, we hurriedly downed our cocktails by the pool and decided to spend the rest of the day looking for cute spots we found online. After getting lost twice in a cab and having heated arguments with bike riders in different languages, we found some places that were underwhelming and nothing like their Instagram pictures. Looking back, arguing with French-speaking men in English is hilarious.

The next day we did the return trip to Lagos. Although I was glad to cross off another country in Africa, Lomé wasn’t everything I expected it to be but the slow-paced and relaxing environment made up for its shortcomings. For now, I’ll be sticking to Benin Republic for my quick getaway fix.

Welcome to my blog.

My friends call me Alex.

I am one-half of a twin who is trying to hack living her best life in Lagos, Nigeria.

I’m constantly oversharing about some of the things I love – travel, food and beauty! Stick around and read two posts or three! 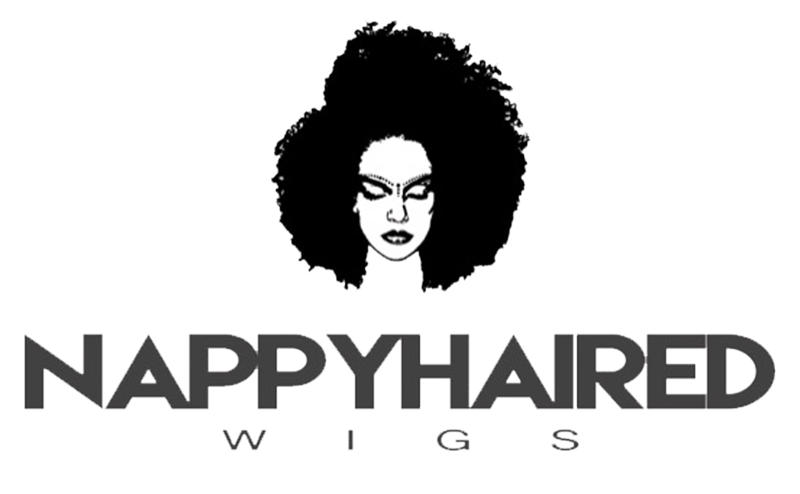